Where To Drink Coffee In Lima, Peru 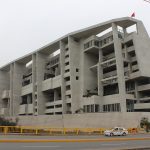 Lima is a city by the sea. It sits at about 1,500 meters on a bluff, and in the winter is thick with fog and the smell of salt water.

But Lima’s coffee comes from someplace else—1,000 kilometers north in the mountains surrounding Jaén, or to the east near Cusco, at up to 2,000 meters above sea level. Specialty coffee production is only in its infancy in the country more famous for its ruins than itself, but Lima, a new capital with one of the world’s fastest-developing culinary cultures, is providing the producers here a market.

Today, there are more cafes and roasteries offering high-quality coffee in the city than ever, and this guide should serve as a first stab at getting you to them. In 1997, K.C. O’Keefe came to Peru as a volunteer for a small school in the eastern town of Moyabamba. From the Pacific Northwest United States, O’Keefe’s childhood was spent hiking the trails around Portland and Seattle—so it was natural he’d spend his weekends off from work on the foot-trails of eastern Peru. Up in the mountains, he found coffee. It didn’t take long to make friends with members of a local village who thought their quality of coffee was higher than in the neighboring region, and it was then that O’Keefe began a career as an exporter, running a company called Jungle Tech.

Now he owns Cafe Verdé, a roastery and cafe since 2007 that sources half its coffee from a farm O’Keefe owns near Moyabamba. Since entering the coffee industry, he’s spent time working as a consultant for Boot Coffee and Intelligentsia, and led the opening of the latter’s production facility in Los Angeles. “When we opened our shop there was one Starbucks in town, eight blocks away,” O’Keefe says. “Today, there are 76 in Peru. It’s been a massive transformation, and we’re a small part of that.”

Cafe Verdé has always roasted its own beans, beginning on a sample roaster before moving up to a “Frankenstein” of a three-kilo machine today. They supply the cafe and sell to a few other shops in Lima, as well as Pan de la Chola, one of the best bakeries in town. The Cafe Verdé espresso is comprised of natural coffee from O’Keefe’s farm as well as washed from the northern Amazonas region, and comes out sweet and surprising from a Synesso. It’s one of the most memorable cups I’ve tasted, in Peru or anywhere. True Caffè opened in 2015 after the cafe’s owner, Gianni Zanesco, saw that the rest of the specialty shops in Lima were serving lightly roasted arabica. Half Italian, half Peruvian, Zanesco set out to transport some of Italy’s coffee culture to his home city. He started roasting a darker blend of Peruvian arabica and robusta from India and serving it from behind a long bar. It only followed that he became Peru’s La Marzocco distributor, and wound up with a customized Strada. The Peruvian beans in True Caffè’s blend come from producers in Cajamarca, San Ignacio, and Villa Rica, while the Indian beans come from Sethuraman Estate. If your cup of tea is a strong, milk-based espresso drink, this is the place to find it. Open a year and a half, Cate Tasting Room roasts its own coffee under the Bitácora imprint, sourcing from producers in Cusco and Cajamarca. Although Miraflores is known for drawing tourists, the multiple office buildings in the surrounding area mean this unassuming cafe caters to a large population of locals as well. Now, their coffee is roasted in Cusco and shipped on a regular basis, but the plan is to move the roasting operation to Lima within the next few months. The food program here is remarkable—with a full-sized oven cranking out homemade pastries as well as breakfast and lunch, it seems like there’s something new and delicious going in on the half-hour like clockwork. Soft open for two months, Colonia and Co. was previously a food-forward restaurant. “Now,” explains owner Jacqueline Becker, “we’re focused on the coffee.” As Peru’s Slayer distributor, she was the first to bring the company’s V3 to South America. But while her gear is top notch, she says the biggest challenge to opening a cafe in Lima was finding quality coffee to her taste here. “At first I was bringing in Heart and Slate, going to the States every three or six months and coming home with my suitcases full,” she says. Now, her head roaster works out of his garage, and they have plans to open a full roasting operation in the near future.

Although Colonia only opened a couple of months ago, it’s already receiving lots of attention. “Lots of tourists and lots of Australians looking for a flat white,” Becker says. “We have people walking by and looking through the door who see the Slayer and come in,” which, admittedly, is how I stumbled on the space. Like a moth to a flame serving really, really great espresso. Let’s start with the basics: Puku Puku’s namesake is a bird native to Peru that calls the Andes mountain range home. Like a rooster, it sings when the sun comes up, and can often be found perched atop coffee plants. At Puku Puku, like the bird, the slogan is, “We wake the world.” With four current locations and a fifth on the way before the end of the year, as well as a robust network of producers who act as the backbone of Puku Puku’s roasting operation, it’s not an over-exaggeration to say that Puku Puku, at the very least, wakes Lima. By offering development assistance to their producers, they’re able to constantly improve quality while also ensuring the farmers they rely on are better able to manage unpredictable weather and bouts of leaf rust, which is endemic in Peru. And at only three-and-a-half years old, they’re only getting started. Their customer base, equal parts tourists and locals, is still growing, and if Puku Puku has its way, the whole city will not only soon know what quality Peruvian coffee tastes like, but seek it out as well. After two years coming in second, Harryson Neira won Peru’s National Barista Championship in 2013. When I stopped by Neira Café Lab, his namesake cafe had been open for 10 days. But Neira’s not a newcomer to the Lima coffee scene. He started his career in culinary school before beginning work at Cafe Verde. Since then, he’s become the coffee supplier for Central, the world’s fifth best restaurant.

“We are partners putting Peruvian coffee on the map as gastronomy in Peru grows as well,” Neira says of Central. “I had a grandmother who roasted coffee in northern Peru. She has a beautiful farm. Coffee, oranges, bananas—you could grow on the land what you wanted to eat. She had a bakery and picked and dried and roasted coffee in a pot.” His grandmother ground her coffee with a badan, a kind of traditional Peruvian mortar and pestle, and served it to her family around the breakfast table with eggs laid by the household chickens and milk from the cows.

“This place is built to show what Peruvian coffee can be,” Neira says. “In the cups are flavors from Cusco and Cajamarca, in a very simple space. We take coffee very seriously as my grandmother did.” And while there may be more shops in Neira’s future, the original lab is where he plans to build out first. “This place is just one shop, but a center of many ideas that we want to develop.”

The post Where To Drink Coffee In Lima, Peru appeared first on Sprudge.