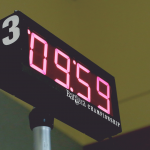 After an exciting round of micro-regionals kicked off the season but left many unhappy with the level of diversity among its winners, there’s a new competition making waves: veteran competitors who made it to last year’s finals offering mentorship in various forms, even at their own expense.

Brandon Paul Weaver, co-owner at Liberty Bar and founder at Foreigner Coffee, may be patient zero for this trend with a tweet offering to give up his own spot and sponsor a competitor. Weaver has competed for four seasons in the US Barista Championship circuit, and made it to nationals in three of those years. He’s also previously coached and judged coffee competitions, and has competed in a broad variety of cocktail competitions. I talked to these three would-be competition mentors about what inspired their decisions to spend their time and money bringing a newer, less privileged competitor into the fold. Brandon Paul Weaver at the 2017 US Barista Championship.

Weaver cited his experience at semi-finals this past April as the impetus for his decision this year. “The core of my USBC routine last year was the claim that our capacity to facilitate connection through diversity is our greatest potential as an industry. When I moved on to the semi-finals standing next to five other pale male competitors, it was clear to me that diversity was still only a potential.” In his experience, meaningful growth only occurs in settings with a variety of backgrounds and perspectives, and that moment at USBC when that variety was so perceptibly lacking was a wakeup call; after that, he spent the next few months thinking about how to create more space in competition for that diversity. “One solution was to throw my experience, financial backing, and network behind a talented someone who hasn’t had the same access to those things.”

When I asked if Weaver had any constraints in mind around demographics, position in the industry, or regionality, he said that WINCC (Women Investing in Northwest Coffee Champs, an organization started by Becky Reeves and Caryn Nelson) will likely help to suggest a candidate. “Ultimately, my role is to support that person in the way that feels best to them. If that includes lodging and airfare, wares, tasting, roasting, coaching, coffee selection, speaking exercises, I’m down for all of it.” Which is saying something, considering his estimated fees last year totaled out an astronomical $2,450, not including missed shifts. But Weaver has high hopes of what the return will be for the competitor in the end: “I hope they will get all that I have out of the experience and more. A honed technical skill set, the ability to speak charmingly in public, the warmth and support of fellow competitors, the notoriety of being seen on stage, the confidence of discipline, access to opportunities and resources, a clearer sense of personal voice, and the deep sense of belonging that comes from a loving community.” Ashley Rodriguez at the 2016 US Barista Championship.

After two visits to the USBC semi-finals, Rodriguez was moved to cede her spot by the results of this year’s micro-regionals. “I’m upset by the makeup of this year’s competitors. Companies should do better to identify and foster talent in their organizations. And yet, I know there are people that want to compete and don’t think they can. I wanted to talk to those people, who aren’t necessarily in it to impress their companies or move up in the coffee world, but just want to throw their hats in the ring and don’t know how. I want people to have as many access points to things like competition as possible.” In addition to allowing a newer or less privileged coffee pro access to the jobs and opportunities that come from competing, Rodriguez also wants to de-masculinize the idea of expertise. “In coffee, we trust experts, but knowledge is still threatening if it’s not coming from a body or person we feel comfortable with.”

Leading judges through a sensory experience, competitors take on the role of an expert, and when a woman or nonbinary person occupies that space, it challenges popular perceptions of what coffee expertise looks like; Rodriguez wants to work with someone who finds value in challenging those perceptions. Demographic-wise, she wants to sponsor someone who is generally not seen in competitions. “I’d love to sponsor a Latinx woman or gender-nonconforming person, but that’s personal to me. Really, I just want someone who has maybe faced opposition or has simply been passed over.” Rodriguez estimates last year’s competition cost at a more conservative $1,500, which she plans to raise through creative fundraising. Cole McBride at the 2017 US Barista Championship.

McBride has been asked in the past if he would be willing to take on an apprentice, but over the past six years, he wasn’t in a position to do so; this year, as an independent barista, he knows he’ll be able to take the time and energy necessary to work someone else through his process. After years of competing and being coached by some of the best, including Holly Bastin and Pete Licata, McBride recognizes that he now has valuable knowledge resources that others don’t. “I’ve amassed a certain kind of knowledge that is inaccessible to 99% of baristas, and I would like to share that.” While McBride does want to share access to the high-level competition experience with those who lack it, he has no constraints on who would be a suitable apprentice and isn’t as much focused on increasing diversity as he is just sharing his experience.

With Reno and New Orleans qualifiers looming for the 2018 season, competitors are already starting to think deeply about what they will need to be successful and where they can best invest their time and energy this season. These three have decided to invest their time, energy, and money in bringing new, different voices into the world of coffee competitions and helping them thrive. Decisions like these are crucial to preventing stagnation in both competitions themselves, and in the professional circles that competitions generate. We’ll be watching closely to see who fills these new spaces in 2018, and if this trend is a sign of things to come.

The post This Year’s Hottest Competition Trend Is Mentorship appeared first on Sprudge.