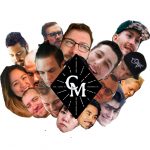 Fall means a few things around here at Sprudge: a crisp, brisk feeling in the air (all the better to drink coffee with); early football mornings and late baseball pennant chase evenings (both fueled by coffee); the re-dawn of the Pumpkin Spice think piece; and the fast-approaching New York City Coffee Festival, happening October 13th-15th in Manhattan.

This year’s fest is poised to be the biggest and best ever, as the fest has moved digs to the Metropolitan Pavillion at West 18th between 6th and 7th Avenues. The show is poised to be a real who’s who of international coffee in 2017—look for an in-depth preview from us as we draw closer—with 100% of all profits supporting Project Waterfall, a charitable initiative that provides water resources to coffee producing communities in need.

It wouldn’t be an NYC Coffee Festival without a running of the Coffee Masters tournament, that fast-paced, multidisciplinary exhibition of competitive coffee making. Launched in London and now in its fourth season, Coffee Masters returns to Manhattan featuring a global cadre of qualified judges, competitors endowed with a thrilling dexterity and gifted across multiple fields of beverage construction, and a rousing Masters of Ceremony crew, including Gwilym Davies (2009 World Barista Champion), Lem Butler (2016 US Barista Champion), and Sprudge co-founder Jordan Michelman.