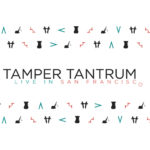 Tamper Tantrum is making its way back across the pond for another live event, this time taking place on the West Coast in San Francisco. With the help of Chemex, the European-based fortnightly podcast and lecture series created by 3FE’s Colin Harmon and Has Bean’s Steven Leighton will take over the Github South Beach HQ on Saturday, September 9th for a full day of discussions, food, and of course coffee.

This edition of Tamper Tantrum will feature “a mix of talks, interviews, debates, and an exciting activity shepherded by hosts Stephen Leighton and Katie Carguilo (Counter Culture Coffee).” The morning will begin with a discussion on coffee’s future, featuring Hanna Neuschwander of World Coffee Research, the Director of the UC Davis Coffee Center Professor William Ristenpart, and Finca Argentina’s Alejandro Martinez. The discussion will be followed up by “a geeky talk from Wrecking Ball‘s own Trish Rothgeb, an interview of Pim Techamuanvivit of San Francisco’s Khin Kao, with specific focus on pushing the boundaries of tradition and the use of ingredients, and a debate moderated by Nick Cho on the use of origin stories to sell coffee.”

Throughout the event, filter coffee from Sweet Bloom, Intelligentsia, Madcap, and AKA Coffee will be available to all participants. Attendees will also be able to be part of World Coffee Research’s #futureofcoffee video that will be launched on International Coffee Day on September 18th.

Tickets for the event are $85 and can be purchased the Tamper Tantrum Eventbrite page. For more information, visit Tamper Tantrum’s official website.

The post Tamper Tantrum Is Coming To San Francisco appeared first on Sprudge.