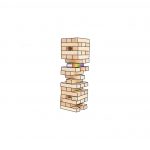 Early last week, the Specialty Coffee Association announced Dubai as host city for four international World Coffee Events programs. The day after, it announced the suspension of planning these events. In a letter to its members, the SCA stated the “UAE’s human rights issues were not taken into consideration in the selection process. This is a serious problem that shows that our selection process was not broad or inclusive enough and we at the SCA intend to correct it.”

The SCA has followed up this announcement with the appointment of a panel to review the selection of Dubai.

Here is the announcement in full, sent to all members yesterday afternoon:

Last week the President’s Council of the Specialty Coffee Association (SCA) met to review the community’s response to the announcement that World Coffee Events (WCE) selected Dubai as one of three host cities for the 2018 world championships. Today the President’s Council would like to formally announce that a panel has been created to review the selection of Dubai and provide recommendations on future processes for selecting host cities for WCE and other SCA events. The WCE has since its inception been solely responsible for selecting the locations for its events.

The review panel will analyze information collected from member statements, research on the human rights environment in Dubai, and experiences from other cities where WCE events have been held. A recommendation on the final decision will be sent to the President’s Council. Once approved, the recommendations will be presented to the SCA Board of Directors and be brought to a vote.

As a member-driven organization, the diverse voices of our membership are paramount in the decisions we make at the SCA. This review process recognizes the importance of the diversity of our global community. It has been created to review the criteria of our procedures for the selection of host cities, seeking to continue our mission to support coffee communities around the globe.

Upon completion of the Dubai review process, the SCA Board of Directors will seek to draft a policy document outlining new vetting procedures for sponsorships and event locations for all future SCA and WCE events.

The outcome of the review panel’s work on the selection of Dubai is expected to be announced at the end of September.

Sprudge reached out to SCA Board Member and panelist Chad Trewick, who tells us they are working on “an appropriate definitive outcome” and that a “review process is quickly forming. This effort will be as broad and as inclusive as we can make it; we have already begun reaching out to various stakeholders to hear critical perspectives.”

Board Member and panel participant Colleen Anunu says that “the obvious immediate goal of the RP is to review the decision, which includes taking various stakeholder perspectives into account. ‘Who’ those stakeholders are and ‘what’ are the queries are crucial to the final analysis and recommendation.”

In response to the SCA’s announcement of Dubai as host city, feminist podcast Boss Barista put out a Change.org petition calling to “change the location of the ’18 Ibrik, Brewers, Cup Tasters, and Roasting Championships”. It has received nearly 500 signatures.

The reason that there has been such a strong stand against the SCA’s decision is because we as oppressed people are used to being the only ones who stand up for ourselves. When we are forced to explain why we are hurt, we are further marginalized.

The system of homophobia and transphobia that are so normalized in Dubai might feel far away to a straight/cis person living in the US or Europe. But that same system watered down is responsible for the heteronormativity and cisnormativity displayed by the SCA’s decision to ignore those atrocities. We are outraged that once again queer people, and specifically trans people, have to spend their time and energy convincing the specialty coffee leadership to consider our safety. We are outraged that we must once again bring up the pain from being disowned by our families, threatened on the street and in public places, and legally attacked to get our needs considered. It is not our responsibility to parade our wounds to the straight and cis specialty coffee leadership to create a shred of empathy in them. And yet, we are not heard unless we become a spectacle.”

And we are appalled that no one considered the extreme human rights abuse and slavery when choosing Dubai as a host city. Ignoring thoroughly known horrors of slave labor might be easier for a person of privilege to do, but not for people of color. Black American and black Latinx, specifically because of their history of systemic slavery, will feel incredibly triggered if they are to attend one of the SCA events. Once again, it is appalling that we as activists and allies have to remind SCA leadership of the potential trauma that people of color will experience because of their reckless decision.

We demand that the SCA immediately pull all commitments from Dubai, pledge not to host world coffee events in the country until these injustices are rectified, and create a rigorous set of standards for host countries that include a zero-tolerance policy towards countries that condemn the rights of any citizen regardless of their identity or background. We also ask that the SCA issue an apology and statement acknowledging their misstep in this matter.

“It is so critical to elevate and amplify the perspectives, experiences, and identities of marginalized people in the LGBTQ+ community,” says Anunu. “Concepts like ‘passing’ and ‘privilege’ are not widely understood but hold an immense meaning for non-normative people. A less obvious goal is to develop an inclusive, understanding culture among decision-makers elected to represent ALL of our members. It needs to be embedded in our DNA and demonstrated through our policies. I’m committed to working within this process for that outcome.”