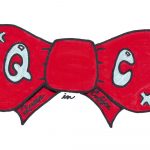 There has been much discussion about the underrepresentation of marginalized peoples within the coffee community, and the discussion has become louder and more frequent recently for reasons we are all by now painfully aware of (if you aren’t, here’s a primer). But a new event series from Queer Cup creator and Sprudge desk writer RJ Joseph and her partner Ellan Kline seeks to empower queer folx in coffee through community-building and educational events. It’s called QC: Queer Coffee Events, and they are hosting their first event next month in San Francisco.

As stated on their website, the mission of QC: Queer Coffee Events is to “support and amplify queer coffee workers in all sectors from all backgrounds, including but not limited to people who are transgender, nonbinary, gender-nonconforming, gay, bisexual, pansexual, intersex, two-spirit, and asexual, especially folx from those groups who are also people of color, indigenous people, immigrants, and/or people with disabilities.”

But the events are not limited to queer people:

We also provide space and support for other groups of non-queer marginalized coffee people to build community; events will always be queer-centered rather than queer-only in order to make the space safe for those who are not yet out and those who otherwise share our mission.

For their first event, QC will take over Counter Culture’s training lab in Emeryville, California on December 2nd for a day of eats, hangs, and talks. The inaugural event will center around a panel discussion titled “The Future of Coffee: Where We’re Going and What it Will Take to Get Us There” that will be moderated by Joseph and feature panelists Umeko Motoyoshi (Sudden Coffee), Dani Goot (Matchbook Coffee), Izi Aspera (Wrecking Ball Coffee), and Rosi Quinoñes (Royal Coffee).

Suggested donation for attending the event is between $5 and $15, but the organizers note that “no one will ever be turned away for lack of funds.” For those unable to attend but want to support QC’s mission can donate directly to them via their YouCaring page.