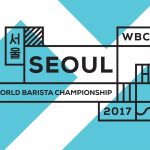 It’s that time again: The 2017 World Barista Championship is now upon us, bringing 58 of the world’s best baristas to Seoul, South Korea for an international tournament of coffee making at the highest level. This event begins Thursday, November 9th at Cafe Show, Seoul’s premiere coffee exhibition, and is presented by World Coffee Events.

For the seventh consecutive season, Sprudge will be providing exhaustive live coverage of the WBC event at SprudgeLive.com, a website in the Sprudge Media Network dedicated to coffee competitions. This year’s coverage is produced in partnership with our sponsors at Urnex Brands, Nuova Simonelli, Acaia, Baratza, and Cafe Imports. Follow @SprudgeLive on Twitter for tasty updates throughout the tournament—our mix of live commentary, vivid color photos, and up to the moment announcements and news breaks is here to serve you throughout WBC week.

Buy tickets here for the 2017 World Barista Championship in Seoul. Click here for Day One and Day Two schedules from the first round at WBC. Semi-Finals and Finals schedules will be released as the tournament progresses.

Please visit SprudgeLive.com for the very best in competition coverage from the 2016 World Barista Championship and World Brewers Cup. And if you’re in Seoul for the 2017 WBC, be sure to join us on Friday, November 10th for a lively party evening of chicken and beer (“Chimek”) with Cafe Imports and Namusairo Coffee. Thank you to all our sponsors! Now let’s go watch these nice people from around the world make some coffee.