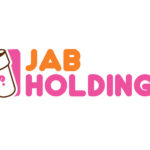 Stop me if you’ve heard this one before. JAB Holding Company is rumored to have interest in buying a coffee company. Word on the street (the Grub Street) is that the privately owned Germany investment company is looking to acquire Dunkin’ Donuts.

That’s right, the gajillionaires who own Peet’s, Stumptown, Intelligentsia, Keurig, Caribou, and a handful of European chains have their eyes set on what American Runs On. “Who cares? Dunkin’s Donuts is a donut company,” I hear you saying. Oh contraire, mon frère; the company has toyed with dropping the “Donuts” from their name—and has even done so at select locations—because donuts are only their second best selling item. Can you guess what the first is?

If purchased, JAB would add 11,300 stores to their already robust list of breakfast-serving locations thanks to the previous acquisition of both Krispy Kreme and Einstein Bros Bagels.

At this point, if you’re at a chain in America that serves coffee and isn’t Starbucks, there’s a pretty good chance it’s owned by JAB. But who knows, maybe this consolidation of power will lend some good things. Maybe we could start seeing Stumptown or Intelligentsia show up at Dunkin’. I’m not opposed to a high elevation Yirg and a donut. Or maybe, you know, our new coffee overlords will put us all on strict rations.