German Court Decides Coffee And Pastry Are Not Breakfast 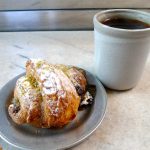 Here we go again with Big Government overstepping their bounds and trying to tell people how to live their lives. And what is and isn’t breakfast. According to The Local, a German court has decided that coffee and bread doesn’t constitute breakfast, even though it very clearly is.

Like with all infringements upon our rights by The Man, this bureaucratic overreach is all about money, more specifically tax money. A Münster tax court ruled that, in order for coffee and a bread roll to be considered breakfast, it must be served with cold cuts, cheese, or a spreadable of some kind. Which don’t get me wrong, a nice jam is a lovely addition but is in no way the deciding factor of what is and isn’t breakfast.

The case in question revolves around a software company that would daily provide its around 80 employees with coffee and bread rolls in the office’s canteen area. Well the Tax Man saw this and claimed it to be a “free provision of a meal to the employee in the form of a breakfast,” and they wanted a cut. The tax office wanted an extra “€1.50 to €1.57 per employee per day, backdated to cover a period from from December 2008 to December 2011.”

Luckily, in some Faustian twist, the courts decided that coffee and a bagel or whatever isn’t breakfast so therefore the software company didn’t owe additional taxes. So while I agree with the decision, I can’t help but ask, “at what cost?” According to the German courts, I haven’t had breakfast in years (and many lunches). But then how am I even still alive, huh Germany?

Can’t we all just agree that companies shouldn’t have to pay extra taxes for giving out coffee and pastries? No? Why not? Sound off in the comments below. *top image via The Croissant & Coffee Scene In LA Has Us Over The Moon by Julie Wolfson.

The post German Court Decides Coffee And Pastry Are Not Breakfast appeared first on Sprudge.