Coffee Cravings May Cause Cognitive Impairment 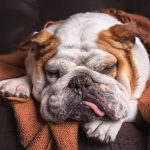 If you regularly drink coffee but then don’t drink coffee, you’re going to be less good at stuff. I can attest to this. One time I was driving to work from my non-coffee-drinking-then-girlfriend’s house and I got in a wreck that was completely my fault. Now I’m married and work from home and made her buy me a $12 coffeemaker, so problem solved. But still, coffee-less living is impaired living.

And a new study by University of Tasmania researchers suggests that it may not be the caffeine causing the drop in cognitive function but the coffee craving itself.

As reported by The Ladders, the researchers took 55 participants who regularly drink coffee and split them into two groups, one group that was allowed to drink coffee and the other that was subjected to a sick form of punishment to “induce craving:”

The researchers poured a cup of freshly brewed black coffee right in front of them. They asked these poor participants to “imagine what it would be like to have a cup of your favorite coffee right at this moment,” and they told them that under no circumstances would they be allowed to have the coffee right in their reach.

Each group would have to memorize a string of unrelated words, and unsurprisingly, the coffee-deprived craving group significantly underperformed when compared to the group that was allowed to have coffee.

“Cravings on memory performance can be considered a special case of cognitive load,” the study states. “Cravings trigger consumption schemas and the inhibition of these schemas requires cognitive resources, leaving fewer resources available for other cognitive tasks.”

Now, it could be the case that it was the lack of caffeine and not the craving that led to the drop in cognitive performance. But just to be safe, we all should go ahead and continue to drink coffee and stop worrying about how not drinking coffee will affect us. Because we should never stop drinking coffee.

The post Coffee Cravings May Cause Cognitive Impairment appeared first on Sprudge.