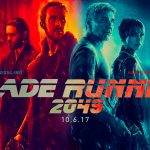 I sneak coffee into movie theaters—that’s just what I do. But when I told Team Sprudge that I’d next be smuggling coffee into Blade Runner 2049, they insisted that it was time to get more dangerous. To make my smuggling really count, this time they requested not just coffee, but a coffee cocktail.

Mama’s always down to drink at the picture show—particularly when the flick is three damn hours long—so I called up my former boss and forever buddy Cora Lambert, Immortan of Coffee Cocktails, to help me marry coffee, booze, and Philip K. Dick. Thinking back to the 1982 film, she wanted to make something visually dark with some sharp edges both seen and tasted. Her variation on a classic cocktail resulted in something very tasty that we called “Do Androids Dream of Electric Jungle Birds?” and I expect all of you coffee boozehounds to put it on your menu to capitalize on the, ummm, success of this movie. Here’s how to make it so you can drink along at home.

Shake until chilled, about 15 seconds. Strain into a rocks glass over a large piece of ice. Garnish with pineapple wedge. Ain’t she a beaut? And of course, after all that I spilled the contents into my water bottle, and easily snuck past a sleepy usher for a late night screening at one of my local movie theaters, Regal Cinemas Union Square 14. I blew my budget on booze and couldn’t pony up for an IMAX or 4D ticket, so I sat in the third row, which makes it like an IMAX that hurts your neck a little more and doesn’t come anywhere close to filling your field of vision. As I boozed up by coating my anxious throat with our molasses treat, I spent twenty minutes of trailers working myself up for what promised to be a visual feast with a twisty plot and all the crypticness I could hope for spread out over that epic three damn hour running time.

Critics had been instructed to reveal little of the plot. What jaw-dropping surprises were in store for me? Replicant slapstick humor? A movie where Sean Young is actually the lead? A thirty-minute electric sheep boogaloo dream sequence?

Yeah, none of that or even close. Much like the original, Blade Runner 2049 is just about a grizzled officer trying to find some robots. This time, the officer is played by Ryan Gosling (Harrison Ford’s Deckard disappeared thirty years ago but is surprisingly easy to find later in the movie) and boy does Officer K have some complex and not-so-complex women in his life. His boss, Madame (Robin Wright), is tough as nails and throws back shot after shot as she insists that he cover up their replicant hunt for the good of humanity. So cold and calculated! His companion, Joi (Ana de Armas, giving one of the worst performances I’ve ever seen), only serves to build his confidence and act as his on-demand agreeable sex toy. Then there’s ruthless Luv (new goddess Sylvia Hoeks), who has been dispatched to find Officer K’s replicant prey by evil billionaire Wallace (Jared Leto), who is obviously evil because he is blinded by cataracts and disability is still scary in 2017, I guess (to say nothing of 2049).

As promised, there are some plot surprises and crypticness, but three damn hours of back and forth about who’s a replicant and who isn’t and what does it even mean to be a replicant felt a little tired. At the very least, they’re solving these Level Easy puzzles with the aid of top-shelf production design, cinematography (the great Roger Deakins), and practical effects.

That plot that has been shrouded in secrecy is a plot like any other. Ridley Scott didn’t direct it (that would be Denis Villeneuve, he of the great eye and often choppy execution) but his heavy hand and spiritual hokum are all over this flick. A plot detail kept from the trailers is worn and obvious. It’s a goofy setup and resolution that makes way for some interesting roboethics but for the most part, it’s all just a great big excuse for everyone in the movie to cry.

There’s your coffee cocktail drinking game. Drink every time someone in this movie cries. Mind you, they all cry beautifully, sometimes because they don’t know who they really are (Officer K) and sometimes because they haven’t punched through someone’s skull in a while (Luv) but mostly all of these characters, robot or not, cannot stop crying while wearing beautiful jackets that I cannot wait to buy at H&M.

For an aspirationally gritty R-rated movie with bone-crunching violence and so, so many boobs, BR49’s sentimentality is squarely PG-13. After all the drinking, and all the tears, I saved my syrupy, soggy pineapple garnish for the final bite after three damn hours of running them blades. As I bit into it, I realized my own dystopian truth: I am probably far too cynical to survive the year 2049.

The post Coffee Cocktails At The Movies: Blade Runner 2049 appeared first on Sprudge.