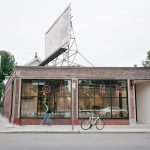 Summer has turned to fall and so too do we return from our #liveauthentic outdoor excesses and retreat into the reflective warmth and safety of the indoors. As we sit upon the hearth aglow with autumnal embers, we can’t help but stroke our grey beards in pontification, as we have done thricely now, over the summer now past, a summer that was the Build-Outs of Summer, Edition Seven.

And between sips of brandy heating over candlelight, as we check the ticker tape detailing the series of intrigues that took place between June and September, we can‘t help but feel a warmth. Is it the fire? The sweet elixir? No. It is the beloved memory of the Build-Outs returning to warm our very souls. And it is this sensation, this Indian summer of Build-Outs, that we want to share with you, that you may remember what was and hope for what may be yet again. This year’s Build-Outs of Summer saw a whopping 39 cafes in total. An impressive number, no doubt, but it is actually only the second most Build-Outs in a year, falling four behind last year’s 43. Unlike last year, though, the East Coast has the lion’s share of this year’s 37 North American builds; along with the east’s 15 cafes, middle America was represented by 12 cafes and surprisingly, only 10 for the West Coast. But even those numbers don’t really tell the full story of just how east-heavy this year’s Build-Outs were. Other than Cutbow in Albuquerque, NM and Hygge in Missoula, MT—which is arguably in the west anyway—the westernmost of the middle America build-outs is in Elmhurst, IL in the eastern part of the state. If the country were divided equally into thirds, the breakdown would go 27, 11, 1 for east, west, and middle, respectively. For the first time in the three years of cataloguing the Builds, LA did not register the most entries. This year, that honor is split between Seattle and Washington, D.C., each with three. Following closely behind with two each are Kalamazoo and Marquette, representing four of the five total Michigan entries this year, which ties the state for most along with Washington. At Sprudge, we talk a lot about how really good coffee is happening everywhere in the United States. And it is more than just hippy-dippy, everybody’s cool, let’s all be friends talk, and this year’s Build-Outs bears that out. Of the 36 US entries, the average population of the cities represented is 393,000, putting this conglomerate Build-Out city at 47th largest in the nation, just ahead of Tulsa, Oklahoma. But this number is a bit inflated due to the multiple entries from above-average cities like Seattle and DC. The median population, 132,321.5, wouldn’t even break the top 200 US cities; it would be somewhere between Surprise, Arizona and my hometown of Carrollton, Texas. US city populations from this year’s Build-Outs.

Continuing the trend from the two previous years, shops that roast their own coffee comprise over half of this year’s Build-Outs, totaling 23 of the 39. But in a reversal of the previous years, multi-roaster cafes weren’t better represented than single-roaster shops, losing out in a big way five to 11. For 21 of the Build-Outs, this was their first cafe space. Of those 21, 10 will roast their own coffee, six are single-roaster, and five are multi-roaster; no companies opening their second location are multi-roasters.

It is no surprise that La Marzocco is the most represented espresso machine manufacturer in this year’s Build-Outs, because they are always the most represented, due almost entirely to the preponderance of Lineas. Of the 17 total LM machines listed this year, 11 were some manner of Linea including one Mini (which I begrudgingly included in the tally even though it really feels like the rest of the Lineas in name alone). But what is new this year is the rise of the Synesso. With 10 total this year, the Seattle-based espresso manufacturer has jumped from the back of the pack all the way up to second. Even more impressive, the nine Hydra MVPs comprise the second most used machine. In previous years, pretty much every podium spot went to La Marzocco. Synesso is one of the first to successfully challenge them. And if you thought the EK43 was the grinder de jour this year, then you’d be right. And wrong. But mostly right. With a total of 14 instances of EK, it is the most common grinder in this year’s Build-Outs, and the eight dedicated to brewed coffee were also the most of its kind. But the honor of most used grinder for espresso this year goes to Mahlkönig’s PEAK. Could you argue that the PEAK is basically just the EK in a more counter-friendly body? Sure, but I’m not gonna. PEAK wins. Story and Soil in Hartford, Connecticut.

Continuing the trend from last year, batch brew coffee is easily the most popular of the filter options again this year. Of the 28 shops that responded with their brewed coffee setup, 18 had batch brew on offer, with 13 only offering batch brew. Pour-over, it would appear, is losing momentum. 15 shops stated they had some sort of pour-over offering, but only 10 were pour-over only. And of those 10, six had some sort of automated pour-over system, a la Marco SP9, Poursteady, etc. So what does it all mean? Is there anything that can be gleaned from this crop of brand new cafes? Since gerrymandering and wild conjecture are kind of my forte, allow me to proffer a few thoughts. The overall theme appears to be a scaling back of concept. New coffee shops no longer appear to be in an arms race to see who has the shiniest new toys. In just about every category, cafes were trending towards functionality and efficiency. The Linea being the most popular espresso machine is no surprise; it’s a workhorse and is consistently on the top of the list. But many of the same praises can be said of the Synesso Hydra. Inside and out, it’s a straightforward, reliable piece of hardware.

Additionally, cafes appear to be moving away from the multi-roaster model, deciding to stick with a single supplier or roast for themselves. This was most true in established shops opening new locations, who appear to be settling into what works best for them as a business. But the multi-roaster torch is still being carried by the newbies. Managing a guest roaster program—especially one that rotates frequently—can be quite a bit of additional (and some would say unnecessary) work, so the trend toward single roaster may be due to pragmatism. And of course, the continued automation of filtered coffee is the smoking gun in my case for cafe efficiency. Hand-poured coffee, while still quite popular, is being overshadowed by consistency and automation. There will always be a place for manual pour-overs, but if this current trend is indicative of anything, its place will be as a small part of a brew program, not the majority.

One thing that we can say without much worry of wildly misrepresenting the truth is that specialty coffee is not just for the hoity-toity, Ivory Tower metropolitan socialites. It’s everywhere. Half of the shops we profiled in this year’s Build-Outs come from cities whose populations don’t crack the top 200 in America.

There’s no need to speculate: specialty coffee is the new normal.