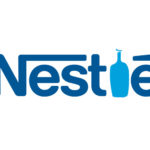 Breaking news today as Nestlé has purchased a majority share of Blue Bottle Coffee, per the New York Times. Financial terms of the deal remain undisclosed, but Financial Times suggests that Nestlé could be paying up to $500 million for a 68% stake in the Bay Area-based coffee company they have valued around $700 million; the remainder is still controlled by the “coffee company’s management and employees.”

The article notes that this purchase signifies a shift towards specialty coffee by Nestlé, who also owns Nescafe and Nespresso. It will also help them gain footing in the North American market, which the Times states is something Nestlé has struggled to do.

For Blue Bottle, it means having the financial backing needed for future moves:

Having Nestlé as a majority owner will also help Blue Bottle buttress its expansion plans, which run from opening new outlets across North America and Asia to selling roasted beans and New Orleans-style cold brew drinks in stores.

Though only accounting “for less than 10 percent of the overall coffee industry,” specialty coffee has become a hot commodity for investors; this acquisition is one of many to take place within the specialty ranks over the past few years. In 2015, Portland’s Stumptown Coffee was sold to Peet’s, who turned around and purchased a majority stake in Intelligentsia less than a month later. That same year Hamdi Ulukaya, the founder and CEO of Chobani yogurt, became a majority investor in Philadelphia’s La Colombe.

More information on the acquisition is forthcoming. This story is developing…