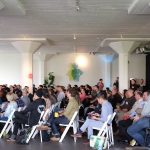 After the announcement of the SCA’s controversial new Deferred Candidacy policy on Thursday—whereby national champions can seek to defer to enter world coffee competitions due to “nationality, ethnicity, gender identity, sexual identity/orientation, health, bereavement, or force majeure”—many in the coffee industry were left with more questions than answers. Some feel hurt and betrayed; others don’t see what the big deal is. Several would-be coffee competitors are wondering—in private conversation and in public social media posts—if they should move forward with their competition plans given the new policy. Member companies and individuals are publicly considering dropping their SCA membership entirely, the Canadian national body has moved to pull their competitors from the global tournaments, and mainstream media outlets are picking up the story.

It’s safe to say that this is a critical moment in the SCA’s short history.

To help figure out how to move forward—or to at the very least, talk through it—coffee communities around the world are holding local “town hall” events to discuss the SCA’s new policy and its effects. All locally organized and unaffiliated with one another, the first of the events (that we are aware of) takes place tonight in Seattle, followed by events in New York, London, Portland, and Washington, D.C. Details for each event can be found below (all times local):

Is there a coffee town hall happening near you? Let us know about it in the comments below and we’ll add it to the list.

*top image from Scenes From The Bloom Coffee Event In Los Angeles by Elizabeth Chai.